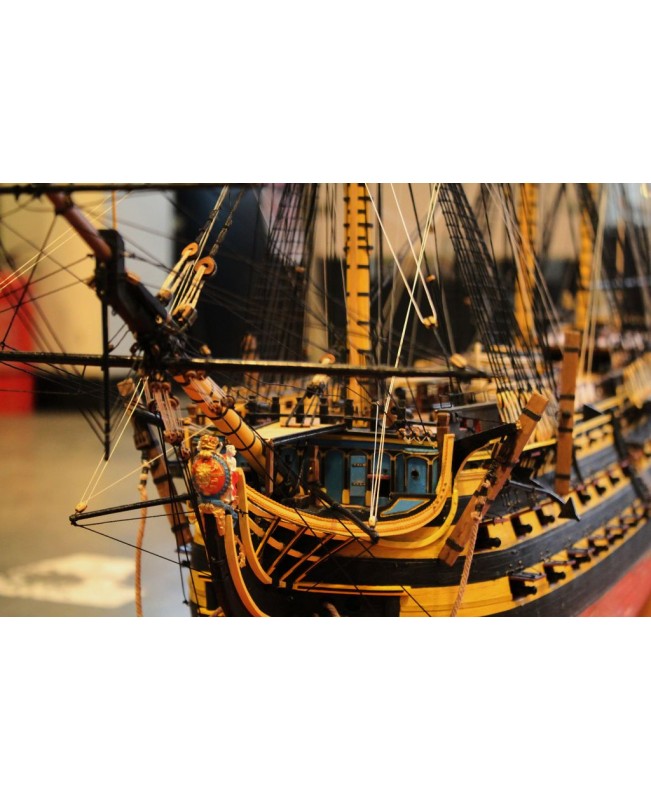 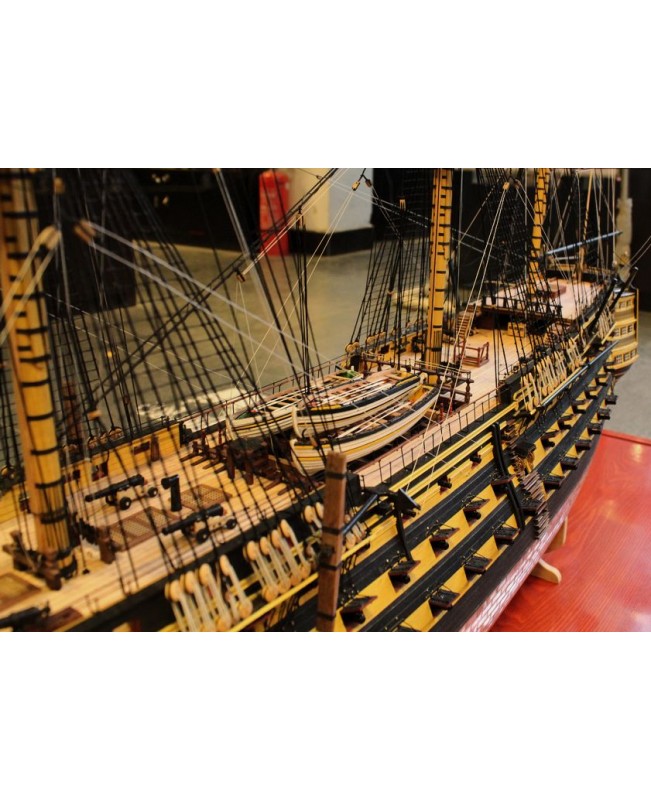 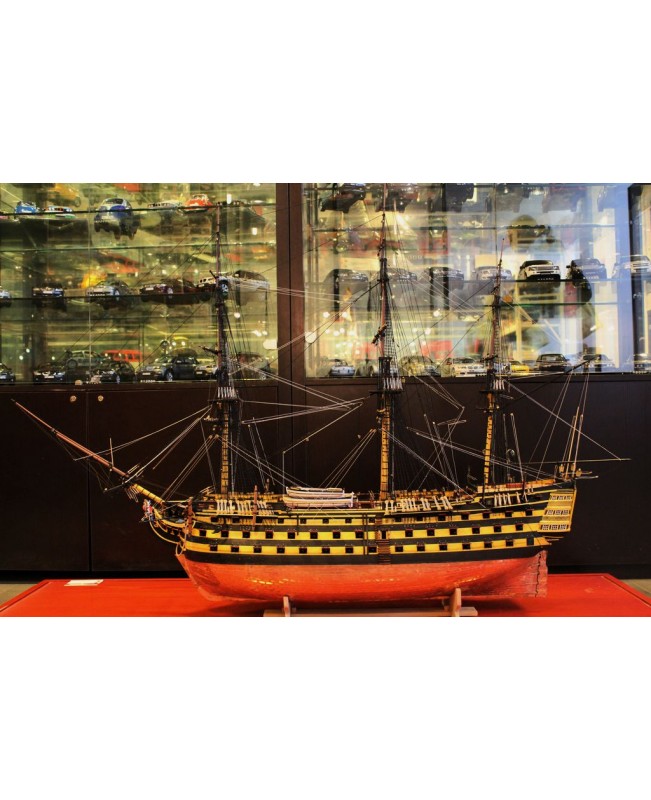 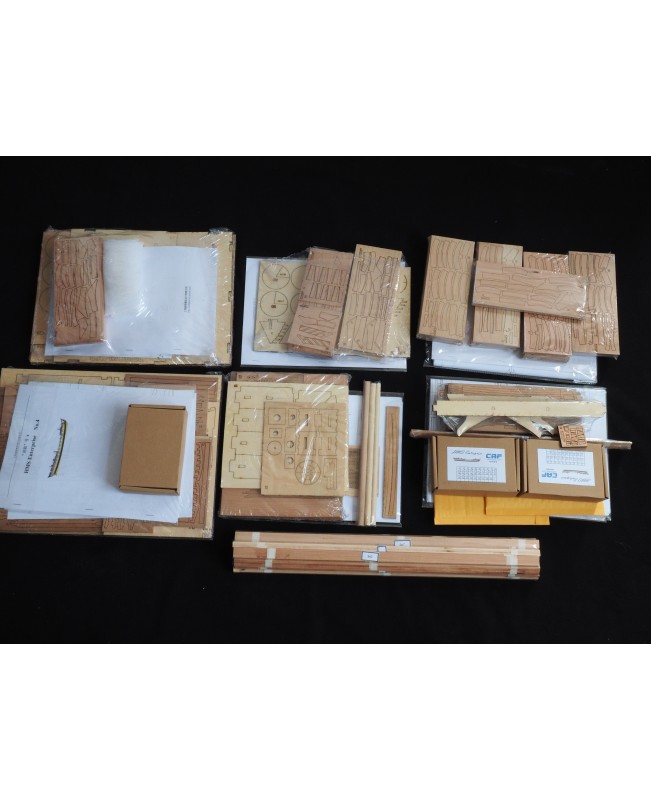 Victory and her 11 sister ships were essential to Britain's continued superiority on the seas during the Napoleonic Wars. She first saw action in the American War of Independence. On her maiden voyage, Victory led the Grand Fleet as it engaged 32 French ships following France's recognition of the American colonies. It was an indifferent mission, and her masts and rigging were slightly damaged. She went to Plymouth for repair and returned to sea three weeks later. When relations with Spain deteriorated in 1789, Victory flew the flags of Admirals Lord Howe and Lord Hood. The completion of another first rater, the Queen Charlotte, meant she lost the flag of the main fleet'sadmiral. 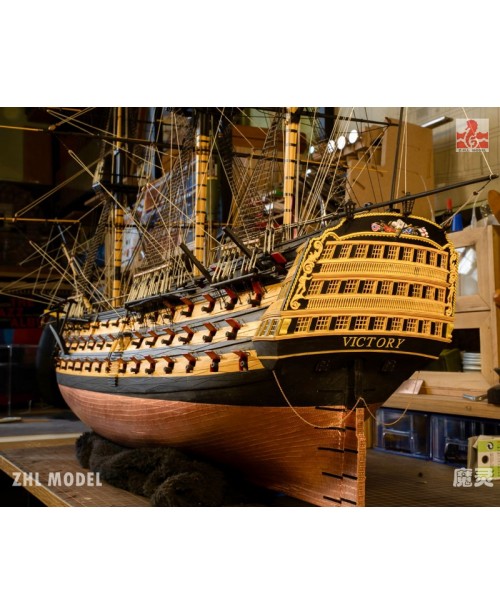